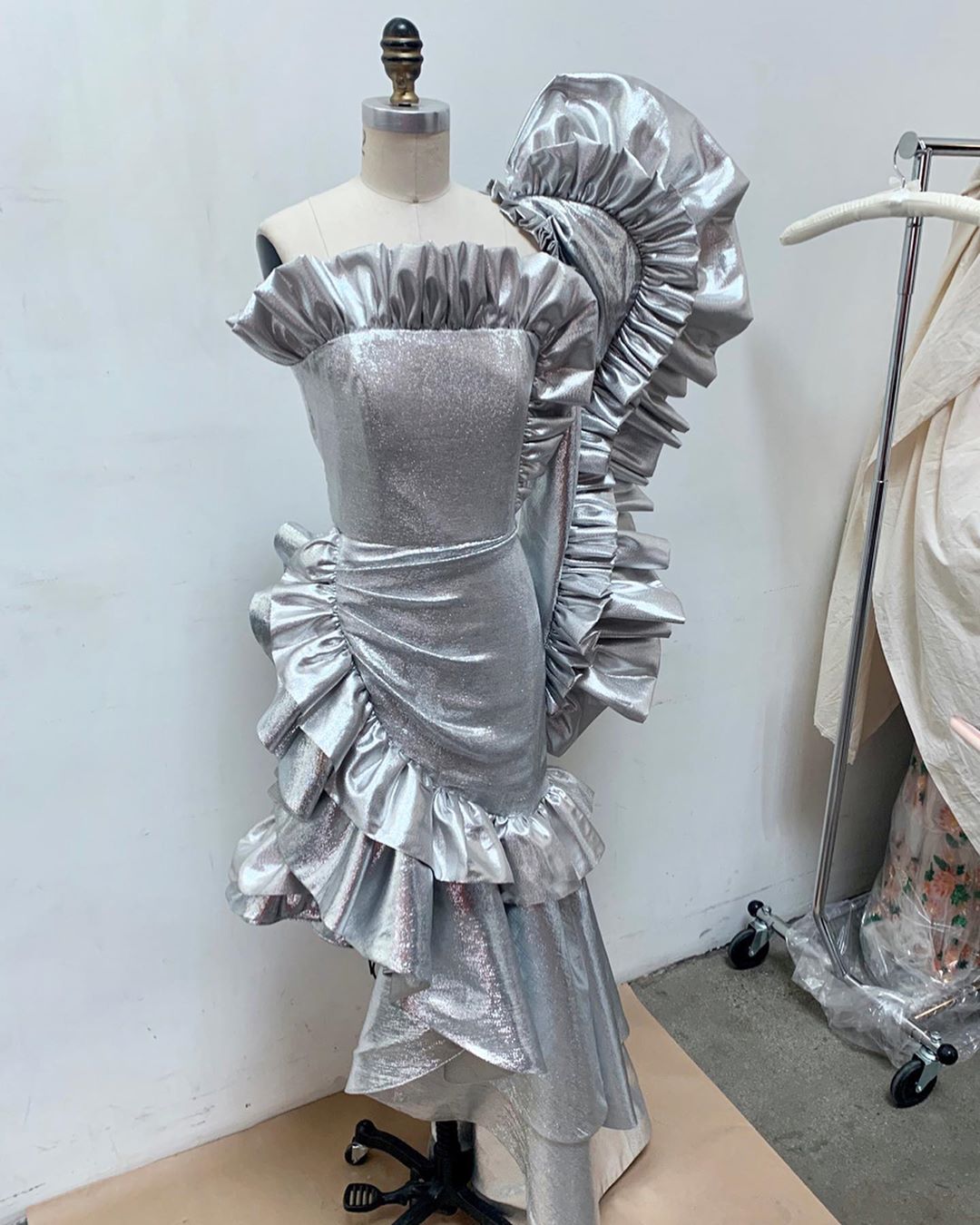 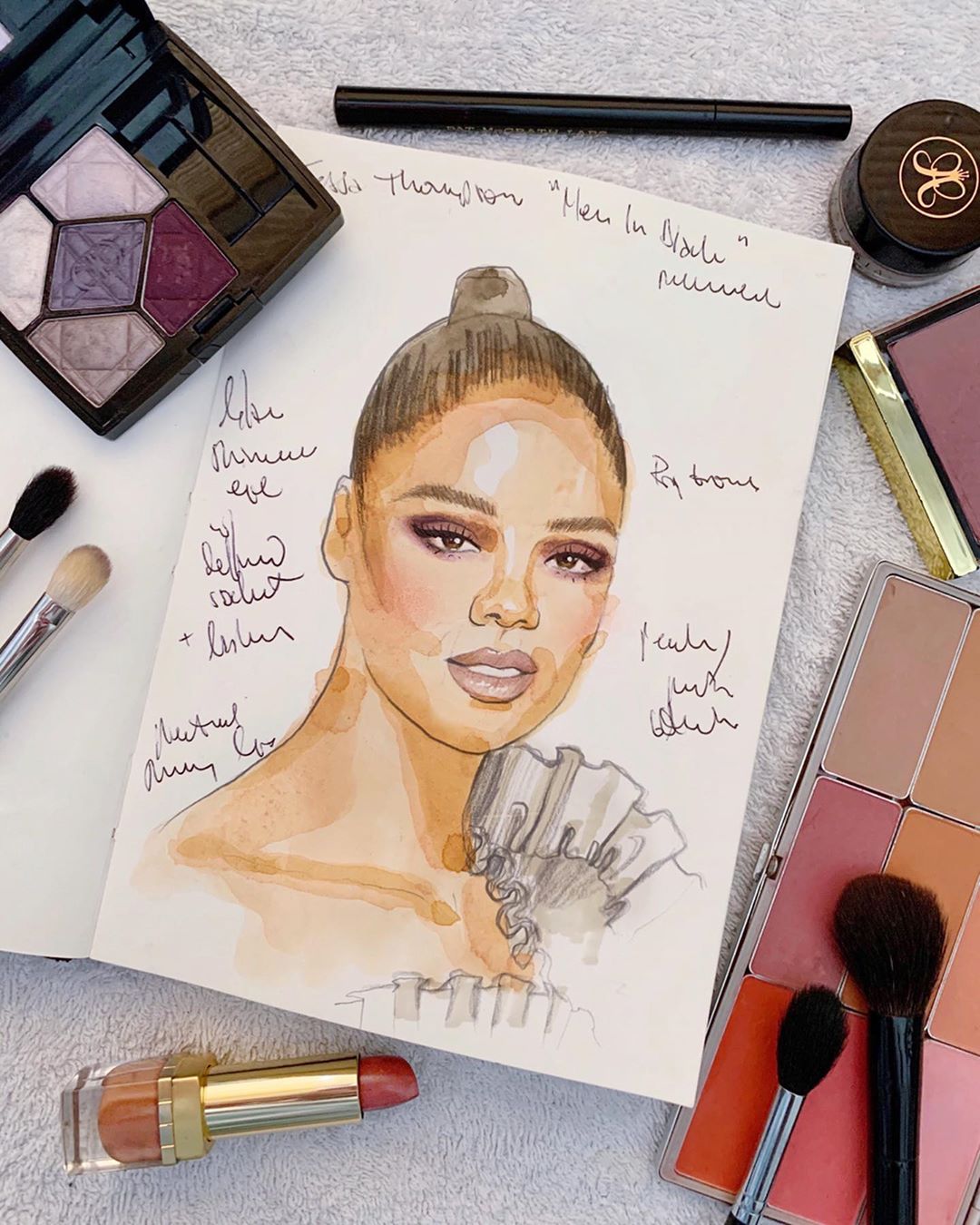 Tessa Thompson was a silver fantasy at the worldwide premiere of Men In Black: International in New York City (June 2019).

She wore a custom Rodarte silver dress featuring one giant, poufed sleeve and an abundance of ruffles.

She accessorized the look with a Judith Leiber crescent moon clutch and she added a pair of metallic Aquazzura silver platform sandals in the style Sundance Plateau. (01, 02)

When it came to jewelry, she opted for Eva Fehren Elongated Off-Set Stud, The Dagger Hoops and The 1mm Line Hoops.

As always, when Alex Babsky is in charge of the makeup, a detailed rundown of the inspiration for the look is to be expected.
He wanted to create a look that wouldn’t be drowned out by her dress but which also wouldn’t complicate things with even more of a statement.

As he explained: “When planning a movie premiere look, it’s important to take into consideration the tone of the movie – I wouldn’t immediately think of a seriously smouldering sultry look for, say, a musical comedy, and since Men In Black is a fun, sci-fi caper, I wanted Tessa’s makeup to also have a light-hearted feel to it. The dress’ silver fabric made me think of sci-fi’s kitsch-y TV heyday in the late 60s and 70s, with crazy wigs and frosted and metallic eyeshadows in lurid colours and thickly-lined eyes, so I tried to create a more streamlined, wearable version of this; space-y, frosted mauve upswept eyes with pretty blush and neutral lips.”

Click here to take a look at the makeup he used as a reference.

Among the products he used on her face we can list: Anastasia Beverly Hills, Dior Makeup, Estée Lauder, Pat McGrath Labs and Tom Ford Beauty.