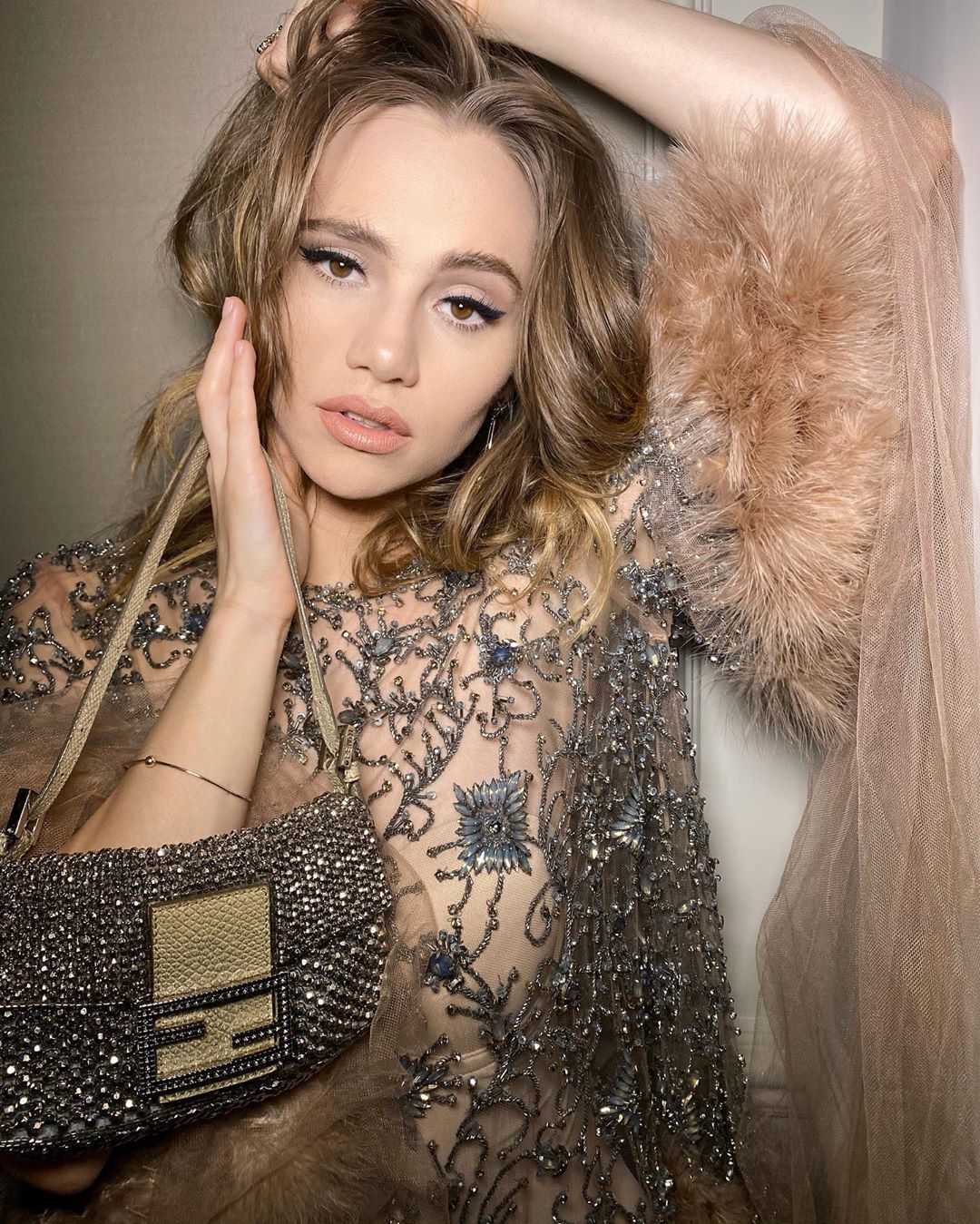 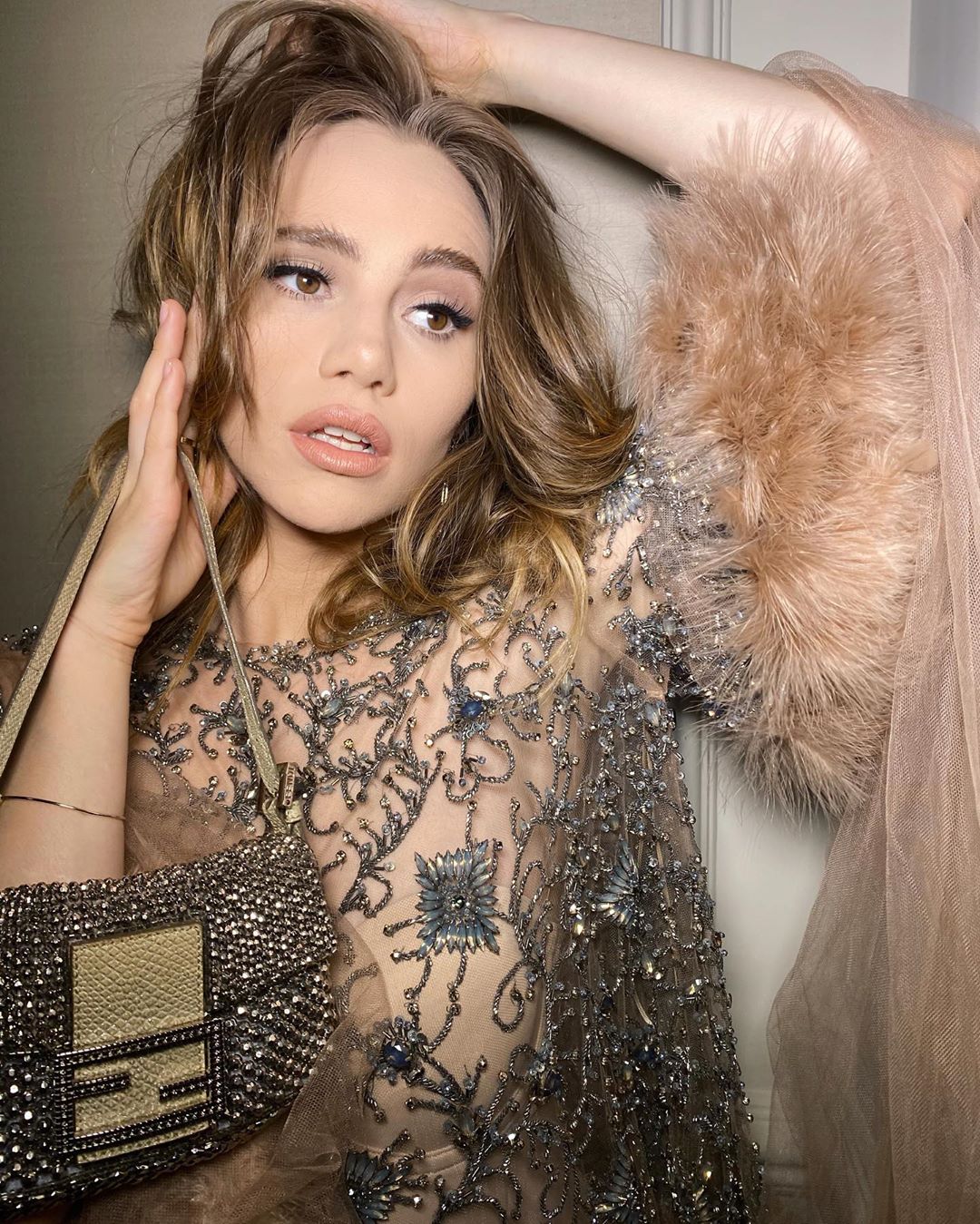 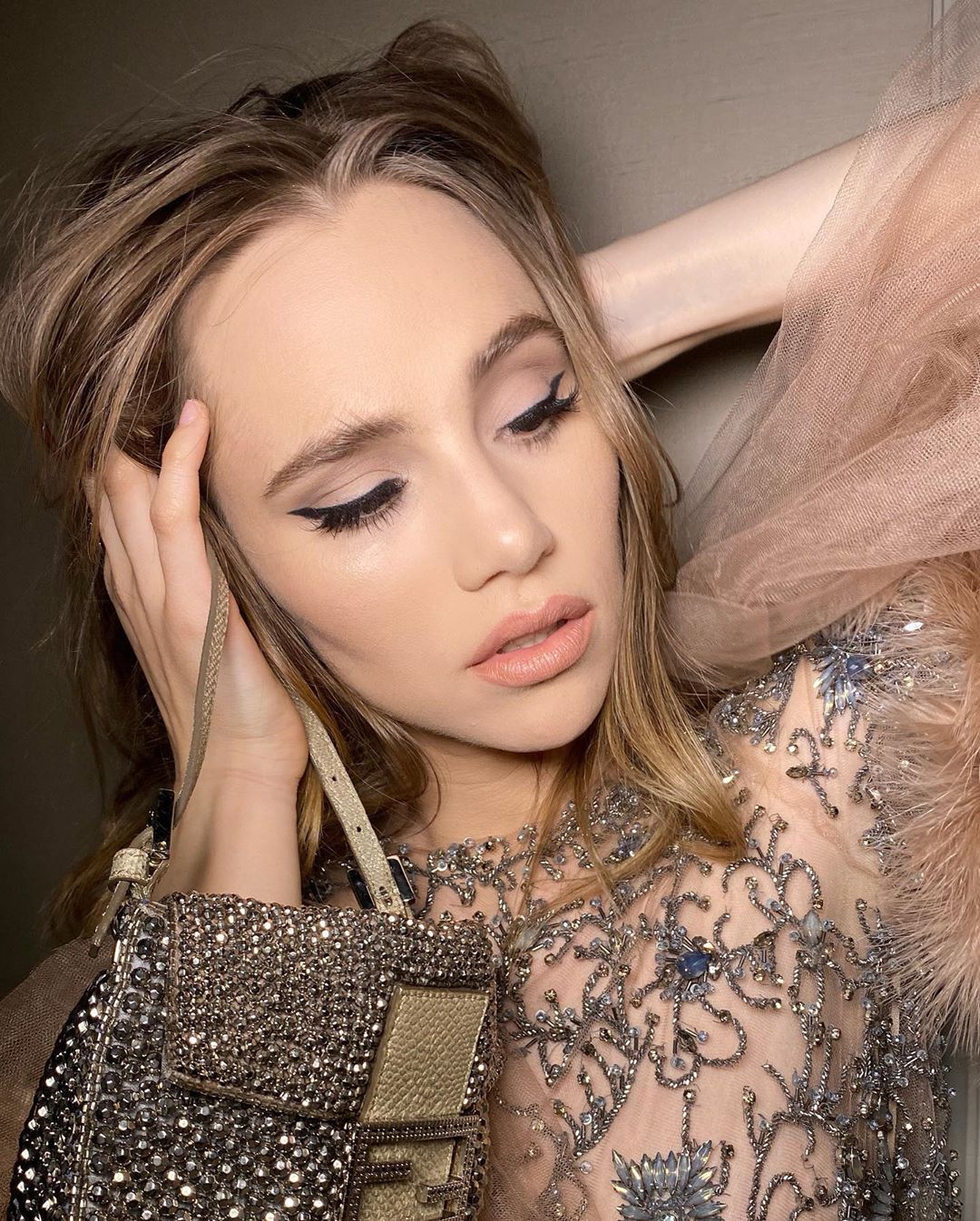 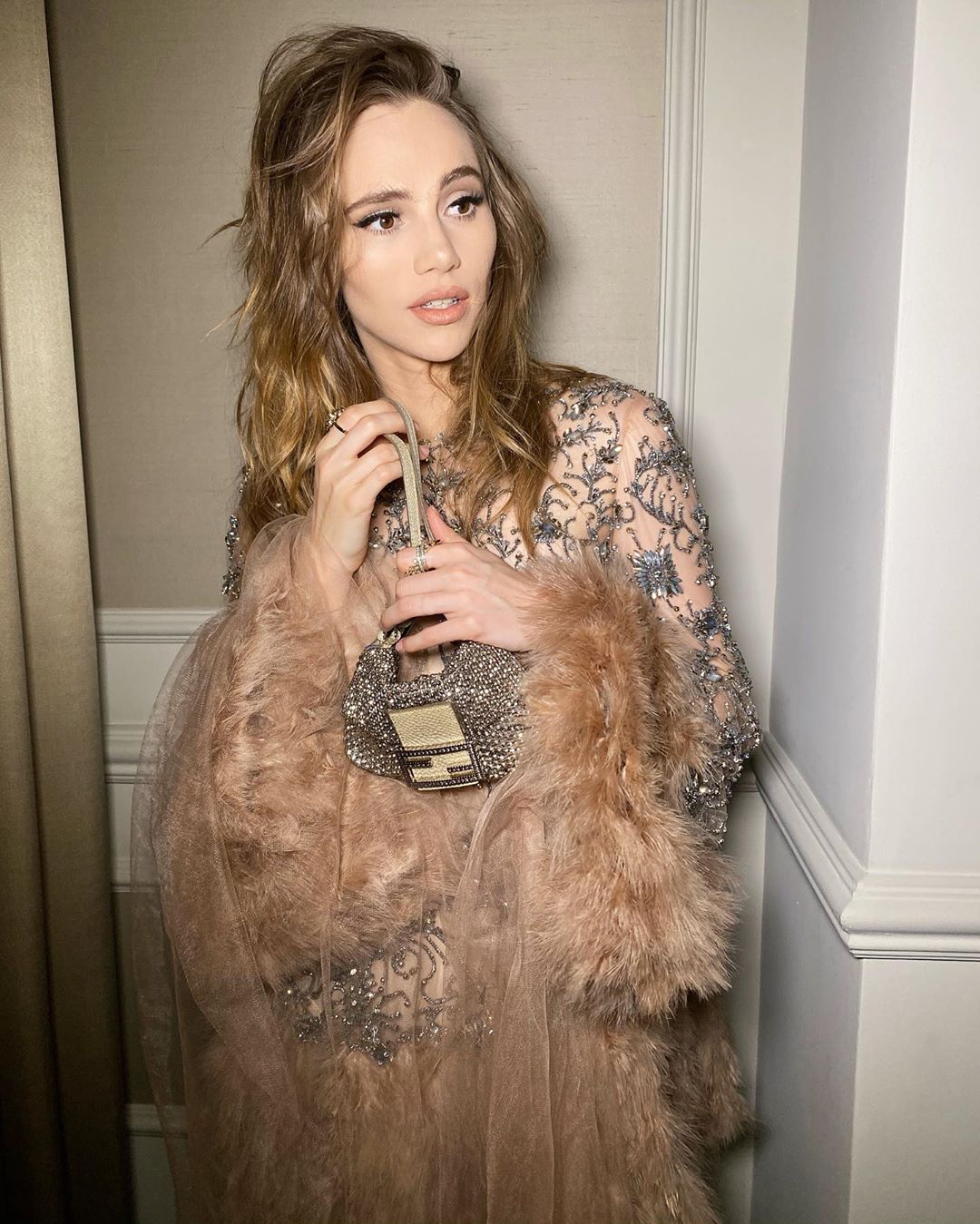 Suki Waterhouse was at the world premiere of the movie Misbehaviour together with Gugu Mbatha-Raw and Keira Knightley at The Ham Yard Hotel (London, March 2020).

For the occasion, she wore a Reem Acra Noir Mystique see through beaded dress with feathered detailing around the hemline and sleeves, culminating in a tulle skirt, all from the Pre-Fall 2020 collection (not in the color pictured) accessorized with a Fendi soft bag and H.Stern long earrings from the Stars collection (made of Noble Gold and diamonds). On her feet, Christian Louboutin Clare 80 suede pumps (01, 02).

Makeup artist Sofia Tilbury wrote down the products she used on her, in this post–for a backstage video from her hairstylist Davide, click here.

Misbehaviour is a British comedy-drama, the final film from Pathé UK to be released under the 20th Century Fox name.

The film follows the events of the 1970 Miss World competition, which saw the crowning of the first black woman, Jennifer Hosten (played by Gugu Mbatha-Raw). ✧