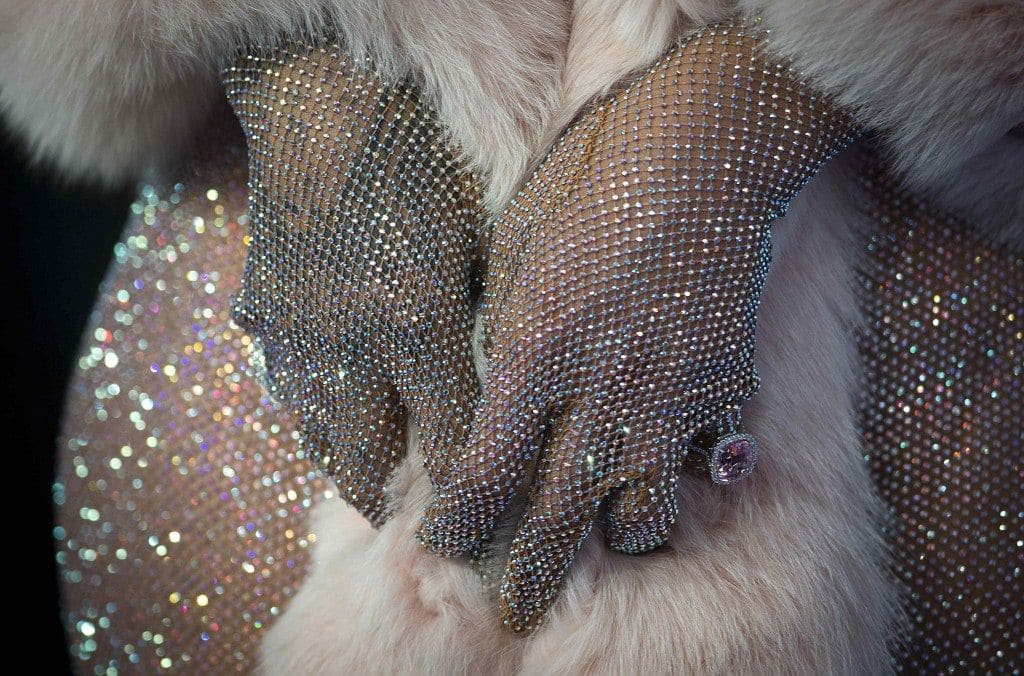 Another throwback: Rihanna at the CFDA Fashion Awards at Alice Tully Hall, Lincoln Center on June 2, 2014 in New York City–the dress that broke the internet and also the one whose success can’t be replicated.

For that occasion, she wore a custom Adam Selman fishnet dress, complete with matching gloves and durag, all hand embellished with Swarovski crystals.

Here’s how everything went down according to an interview for Elle.com released by the designer himself: “From a fashion perspective, this was a big one for all of us. Before we had even discussed the design, I talked to [Rihanna‘s stylist] Mel Ottenberg and told him how much I wanted to make something for the CFDA event. It meant a lot to me. We were in L.A. with Rihanna for the MTV Movie Awards about a month ago and we all started discussing the CFDA look. We agreed on the idea of a crystal dress. It happened super organically. Next thing you know, I had sketched the designs, made some samples. Rihanna tweaked a few bits, and we were off to the races!”

“She was very exact with what she wanted. She always is. We dyed the mesh to be her exact skin tone. She also asked me to mix plain crystals in with the colorful ones, and in person it made such an amazing difference. It added a depth I wasn’t expecting. Her instincts on these decisions are always spot on.”

Talking about all that embellishment: “It was a lot. We had to keep going back for more. The final count ended up being over 230,000 crystals. Rihanna, Mel, and I have always wanted to do a chainmail dress, but we wanted to do it in a fresh way. I took fishnet fabric and the crystals were all hand applied by my amazing team. We started [applying them] on Memorial Day. It took so much longer than expected. We had people crystaling ’round the clock until 3pm the day of the event. It took 20 people to get it done. A lot of them didn’t sleep! It was an amazing accomplishment and team effort. The effect was surprisingly lightweight and liquid.”

In a conversation between her stylist Mel Ottenberg and the designer of the dress for Style.com, they expressed their hesitation but also at the same time their confidence in Rihanna:

MO: “I don’t know if it’s shocking—I’m with her all the time, so my shock gauge is off, but I told her that I thought she was ready for this dress a while ago, and that I wasn’t. I’m the prude, and I’m just catching up,” and Selman explained that it was Rihanna‘s choice to add the matching durag: “It brings such a Rihanna feel to the whole thing.”

Sadly the link to the interview is not working anymore.

To give her a little cover, a Pologeorgis pink fox stole; on her feet Manolo Blahnik Chaos sandals in gold.

She completed her look with a Jacob & Co. ring and a Paul Morelli ring and 18K white gold mixed diamond moonstone drop earrings.

The makeup assistant detailed the products the team used on Rihanna in this post, tap the picture to see the brands that complemented the look–in an interview for Harper’s Bazaar.com, the key makeup artist explained the inspiration behind the sultry smokey eyes: “My inspiration for Rihanna‘s look was her dress and her head wrap. The minute I saw them, I knew immediately what I was going to do. I texted her and said, ‘Give me your face. I can’t wait to create!'”

“I started with the eyes. I was going for that sultry smoky look, and I wanted them to be the focus.”

According to the publication: “To keep things balanced, she chose a pink-nude lip, Mac Mehr, rimmed first with nude lip liner. As for her impossibly shimmery skin? Morales used a drugstore staple—Keri Body Lotion—but then topped it with a dusting of shimmery powder.”

Nail artist Maria Salandra used an OPI nail polish in Don’t Bossa Nova Me Around to go with the skin-like color of the dress–click here for the whole deal.

As for the people who inspired this look? Singer and dancer Josephine Baker, Marilyn Monroe, Whitney Houston and the legendary stylist and costume designer Bob Mackie.