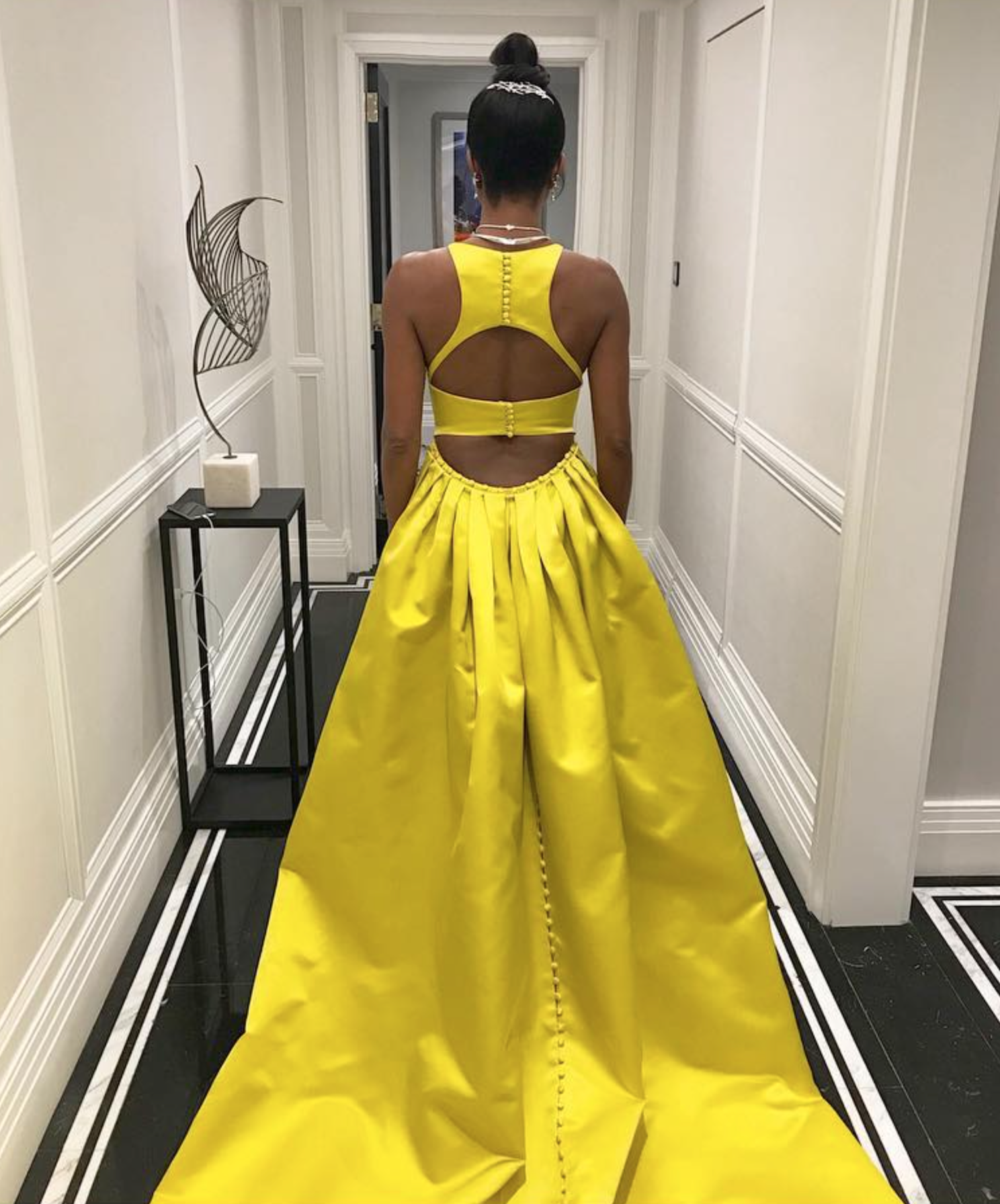 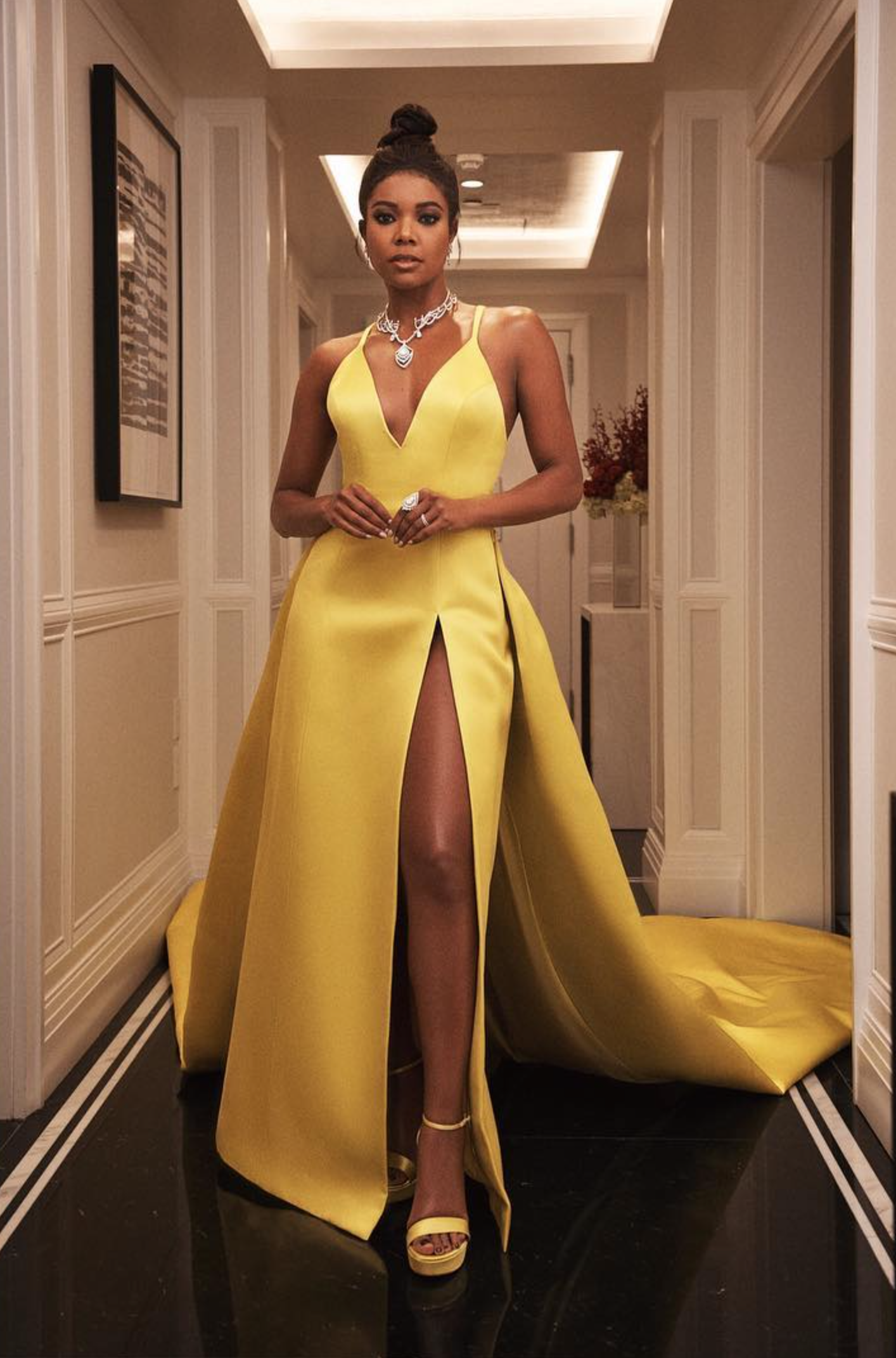 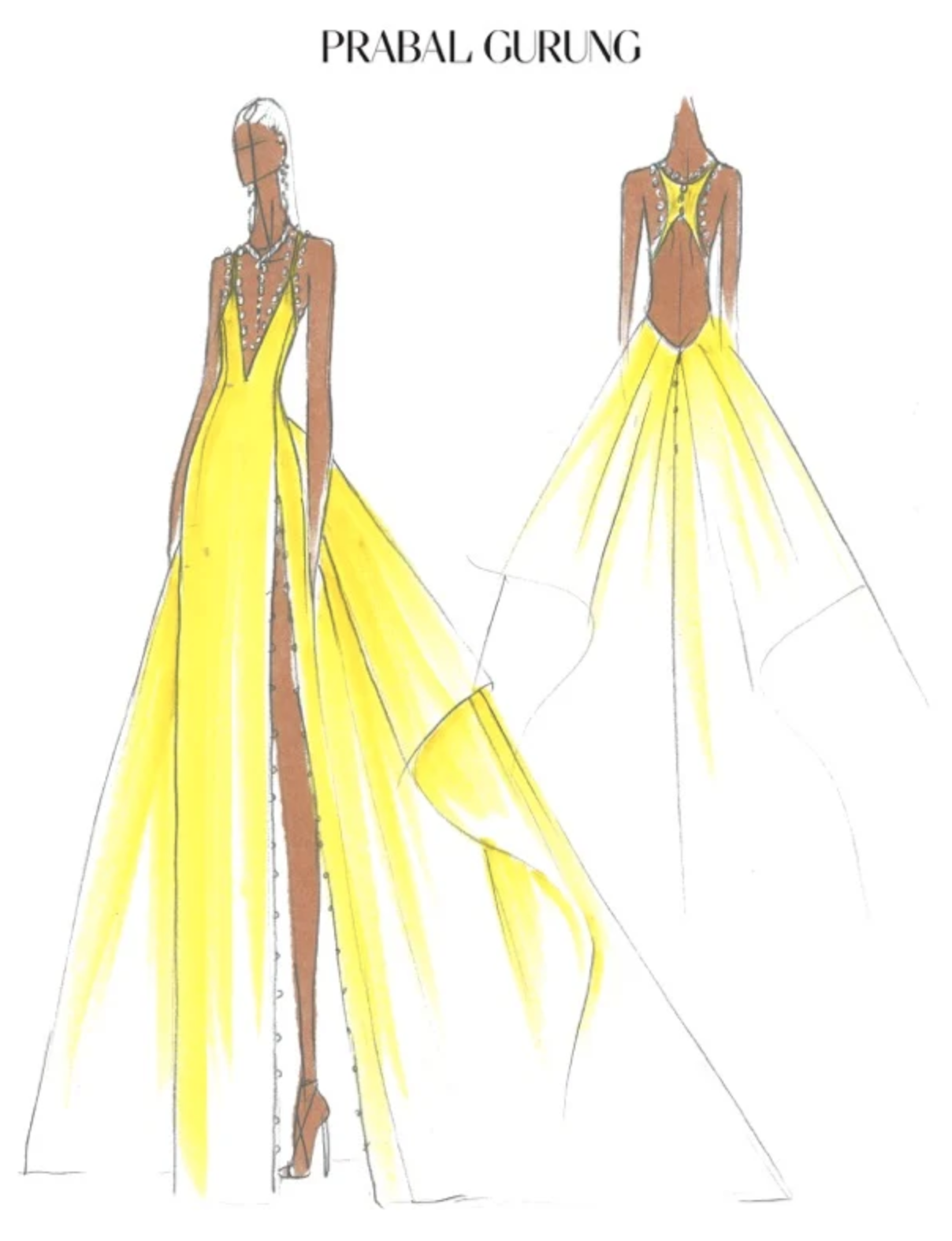 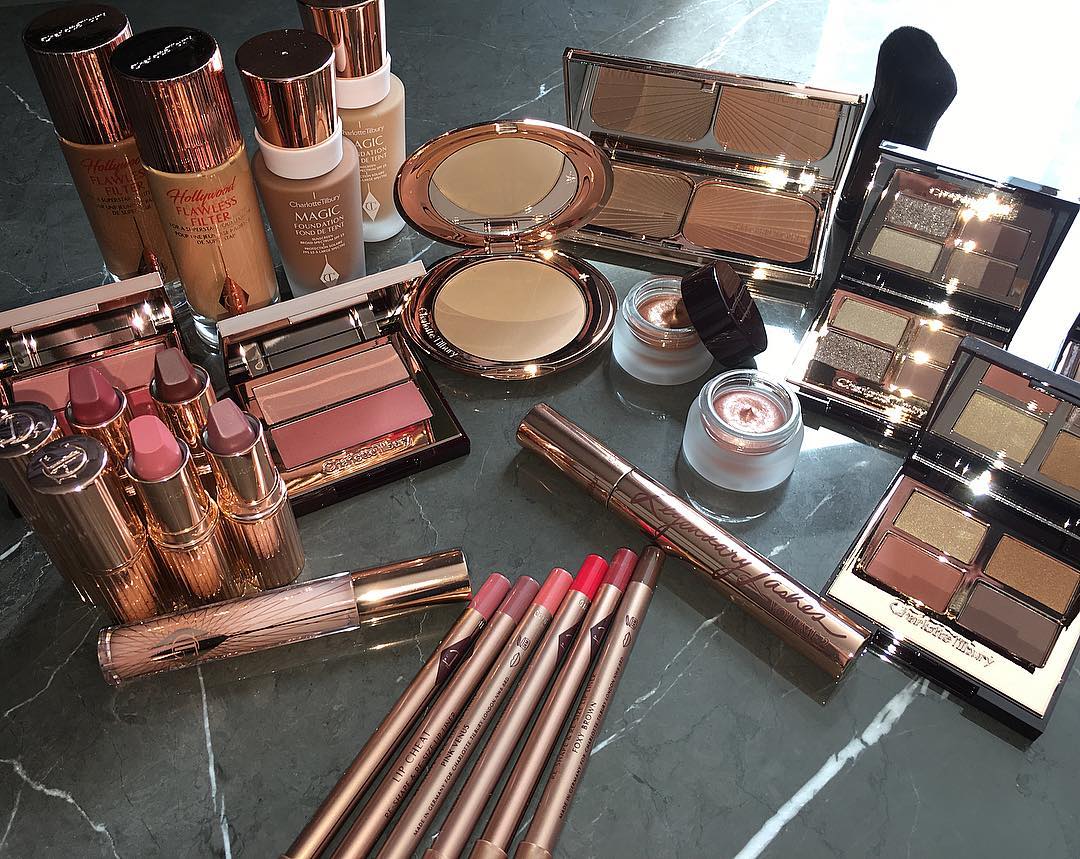 Actress/author and activist Gabrielle Union was a sunny vision at the MET Gala 2018 whose theme was Heavenly Bodies: Fashion and the Catholic Imagination.

If you want to know more about this new made-to-measure line, there’s a Fashionista.com interview for you.

She accessorized the look with a Tasaki High Jewelry platinum and diamond ring, necklace, choker, earrings and hair corsage.

While many thought she was not following the year’s religious theme, I am here to debunk that theory: actually the Vatican‘s flag appears to have that same splendid yellow she was wearing, which made a perfect contrast with her chocolate skin–moreover, the color represents spiritual power.

According to the brand’s Instagram: “Prabal was considered in his approach to source from Italy (the silk of the dress was imported from there), an attempt to celebrate and honor the home to both the Renaissance and the Vatican“.

“The gown draws imagery of the sun, reflecting through the church, so often depicted in Renaissance Art”.

Hairstylist Larry Sims used Flawless by Gabrielle Union products at the time, she now relaunched the line three years later after some issues with the initial partners and the values of the brand which she thought weren’t aligning with hers–this is their new Instagram profile.

If you want to know more about the hair care brand, click here.