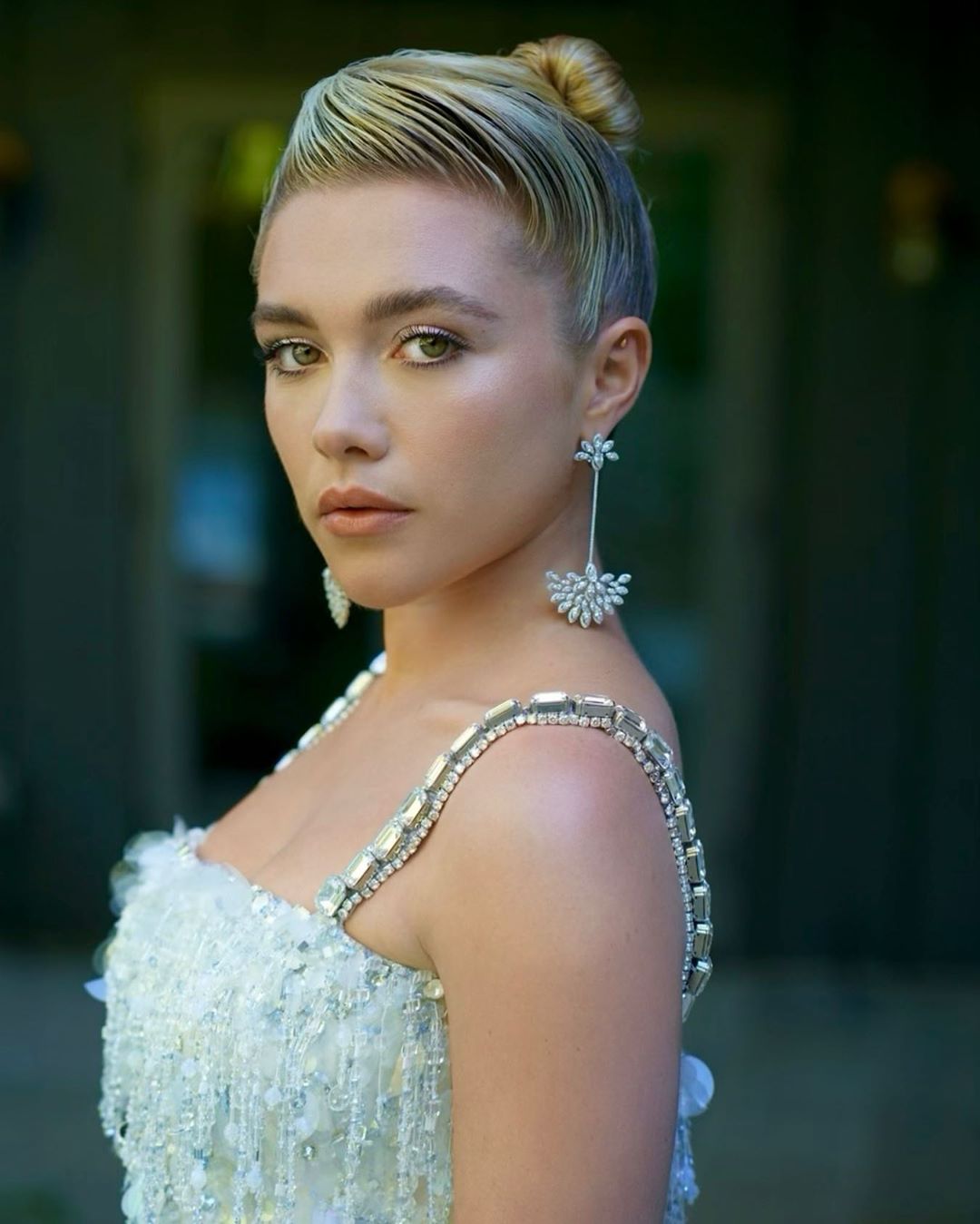 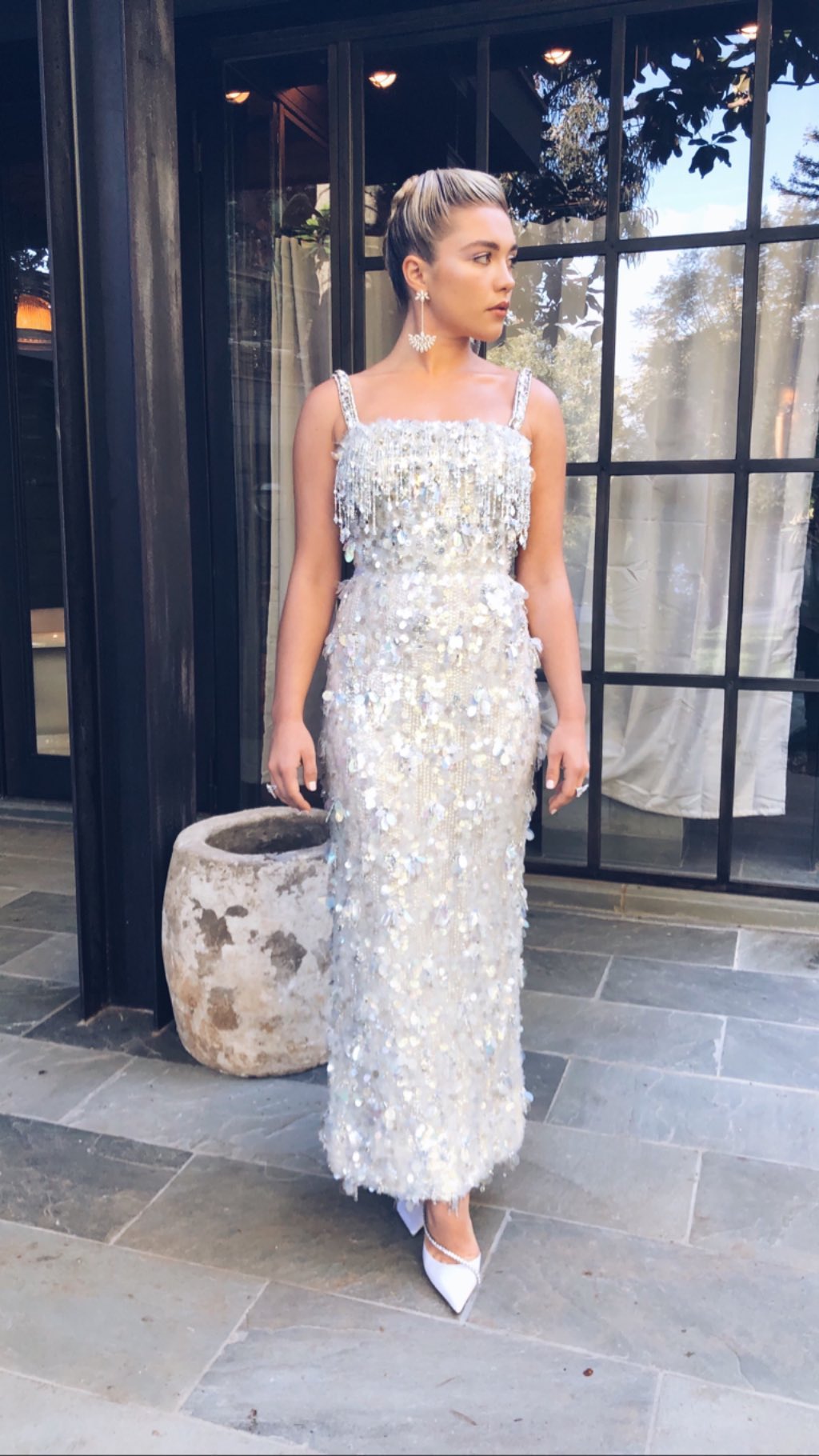 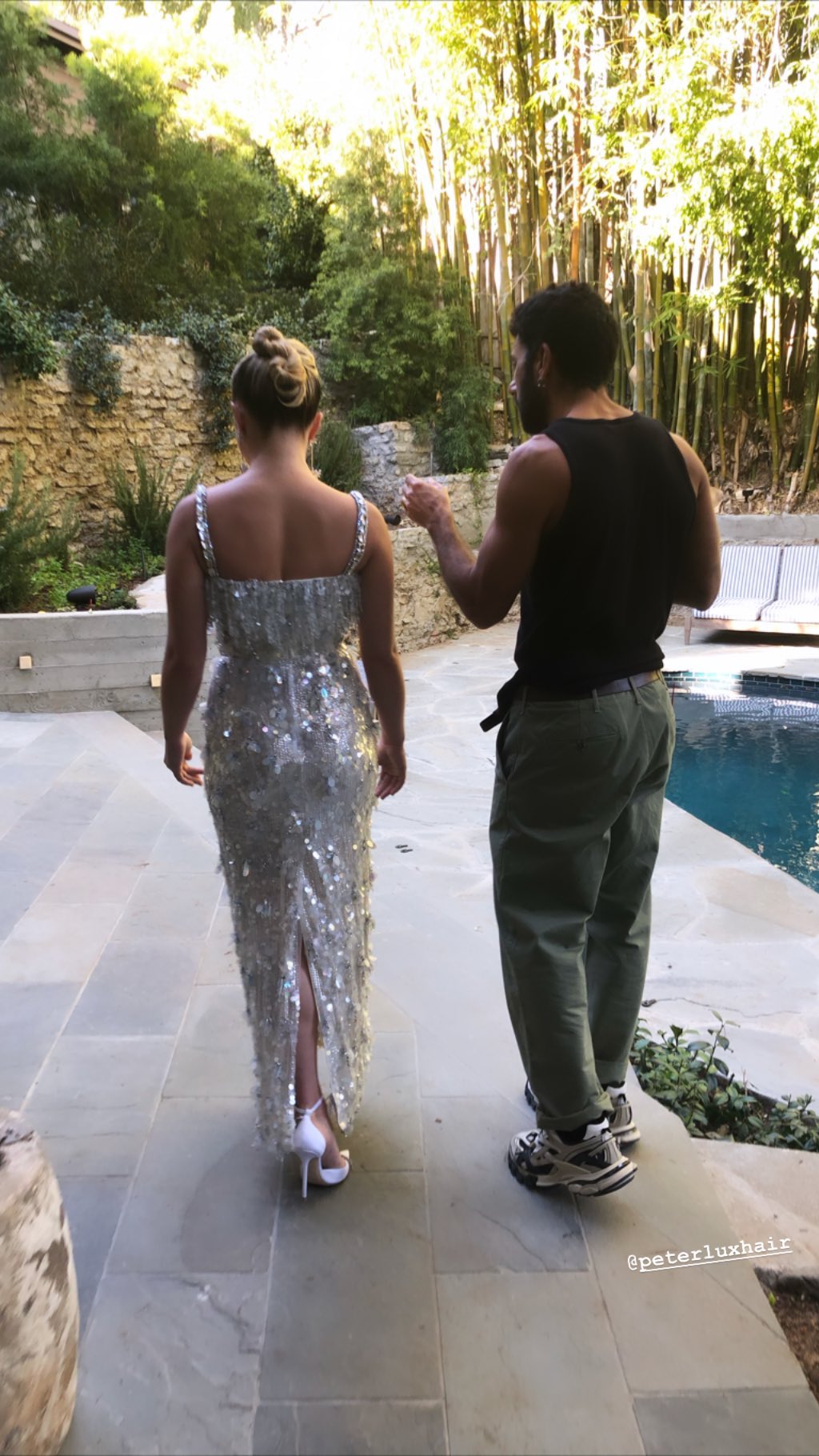 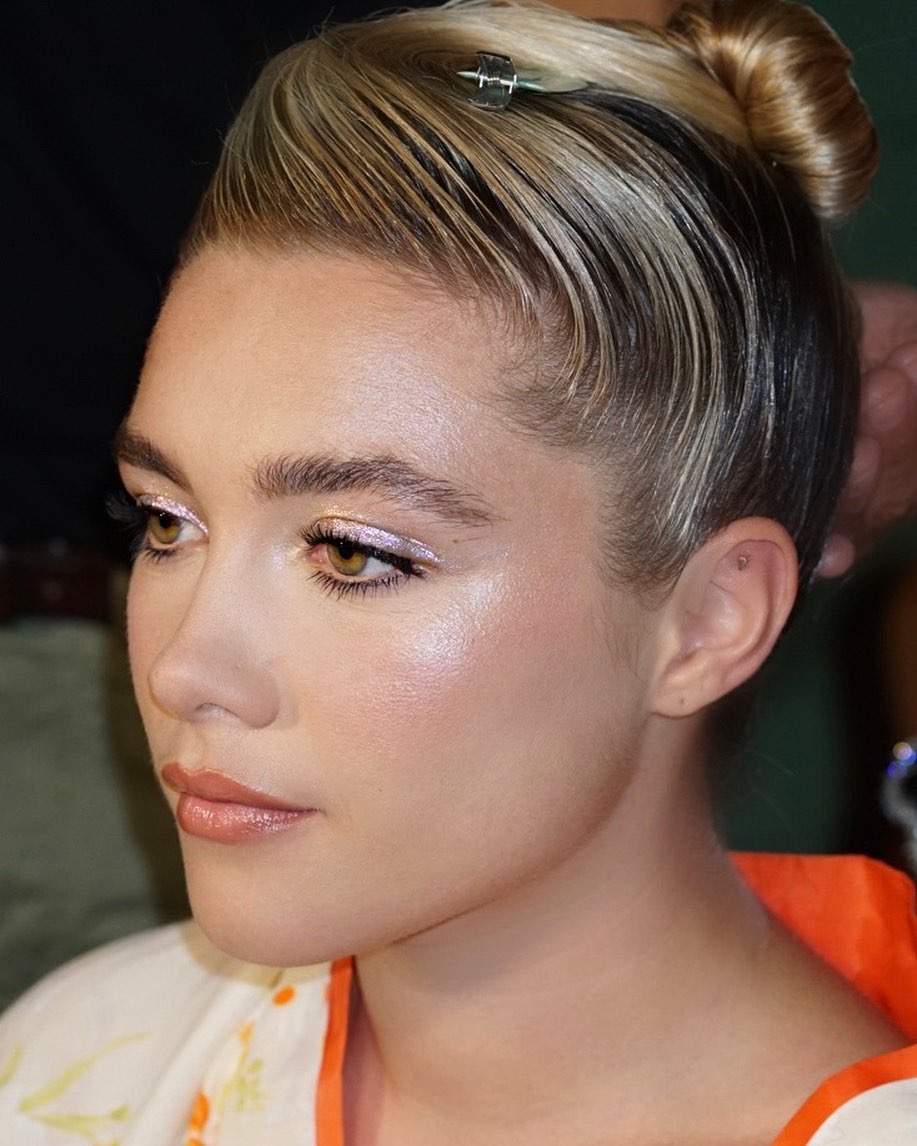 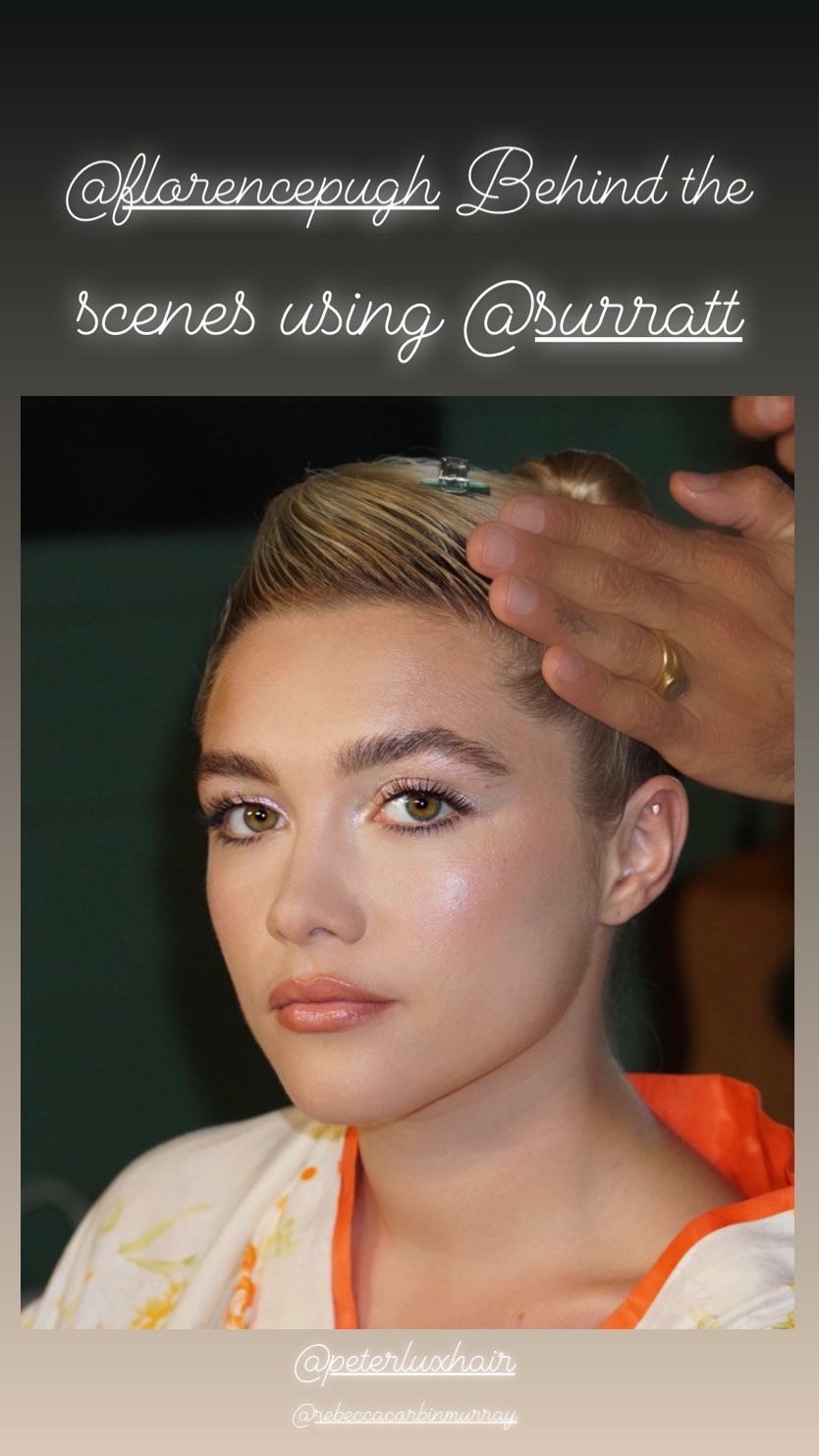 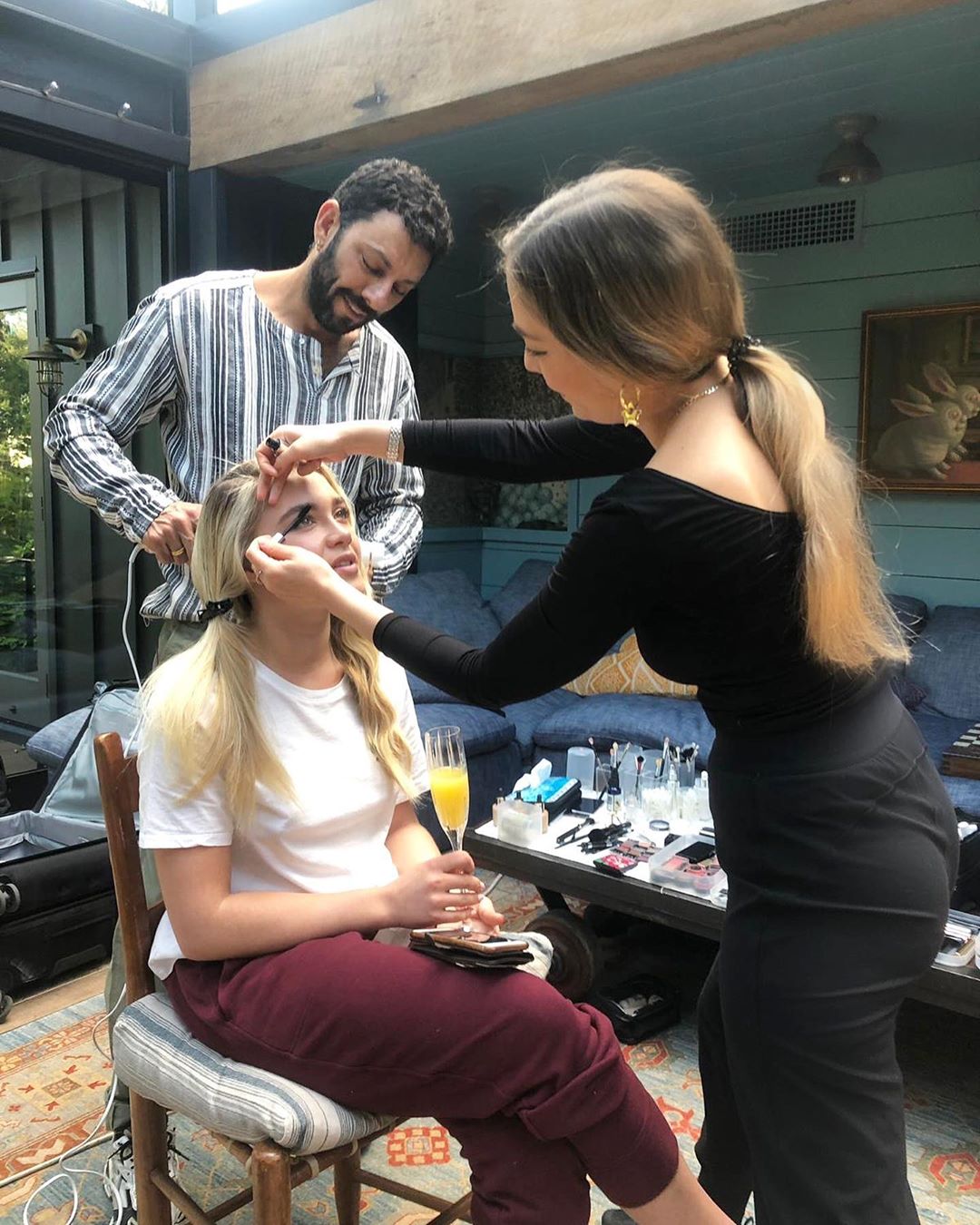 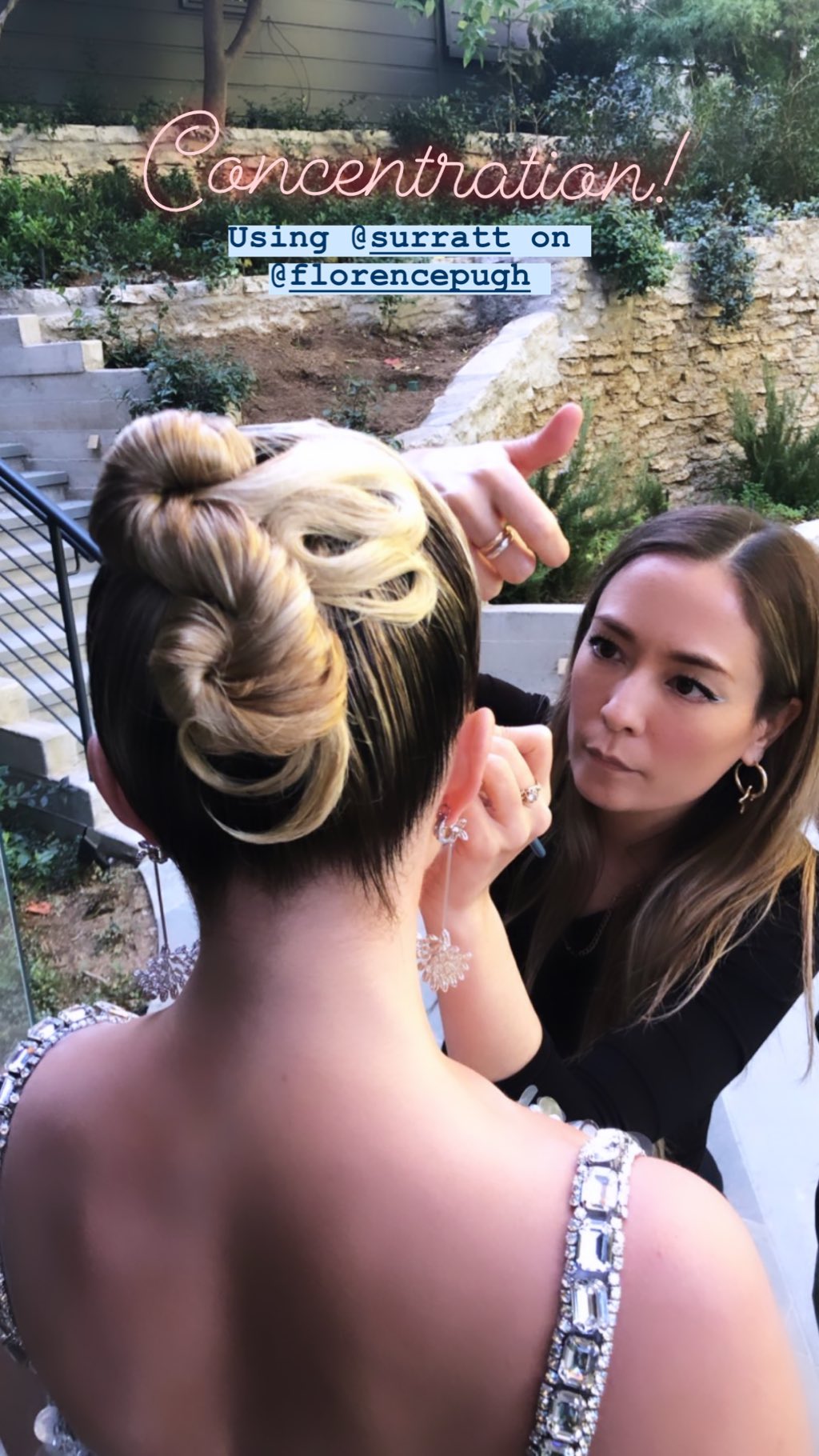 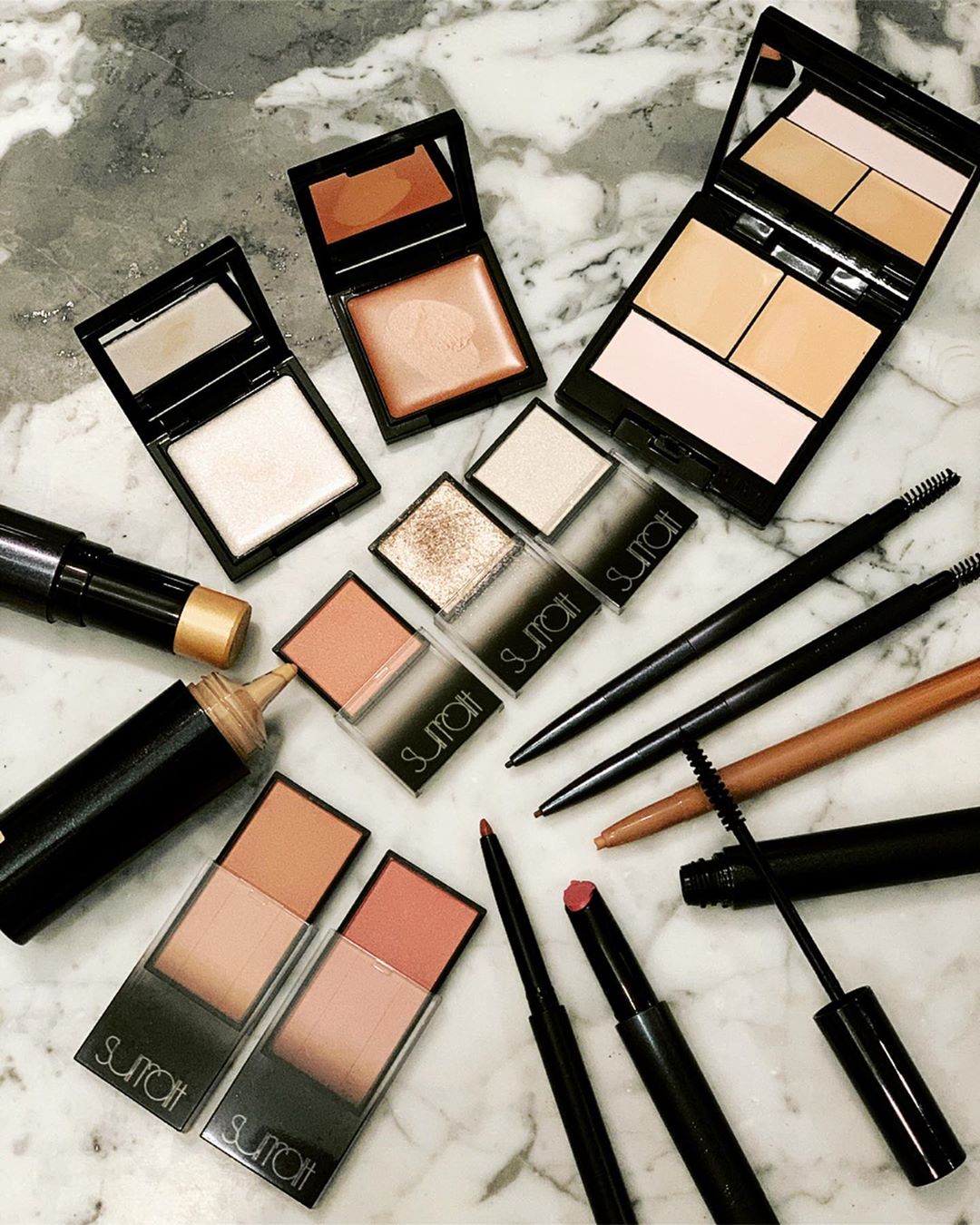 Actress Florence Pugh was a guest at this year’s Critics Choice Awards because she was nominated in the category Best Supporting Actress for the movie Little Women–the movie itself was nominated in several other categories.

The event took place at the Barker Hangar in January.

She wore a custom Prada sheath gown, embellished all-over by white and transparent crystals and sequin embroideries and jeweled fringes on the neckline.

Everything paired with Messika High Jewelry Saguaro earrings and Jimmy Choo Talika stilettos (these pictured were worn by Jennifer Lopez).

According to The Hollywood Reporter, the earrings feature 536 marquise-, pear- and brilliant-cut diamonds totaling 11.1 carats and take their name from the Saguaro cactus found in deserts of the Southwest and Mexico.

According to a PureWow interview, hairstylist Peter Lux was inspired by a hairstyle he saw on the runway in Paris some years ago: “We decided the hair should be up to show off the beautiful details of the dress. I like to keep my hairstyles modern, and therefore like to work with wetter textures. I had seen a similar swept overlook at a fashion show in Paris years ago and it came back to me today and just felt right. I played with a few variations in the mirror and landed on what we felt was most flattering for Florence‘s face.”

Little Women is a 2019 American coming-of-age period drama film written and directed by Greta Gerwig. It is the seventh film adaptation of the 1868 novel of the same name by Louisa May Alcott. It chronicles the lives of the March sisters—Jo, Meg, Amy, and Beth—in Concord, Massachusetts, during the 19th century.

In the movie, Pugh plays the character of Amy March.

Link
Thanks for subscribing! Please check your email for further instructions.
Prev Project
Next Project
This website uses cookies to improve your experience. We'll assume you're ok with this, but you can opt-out if you wish. AcceptReject Read More
Privacy & Cookies Policy