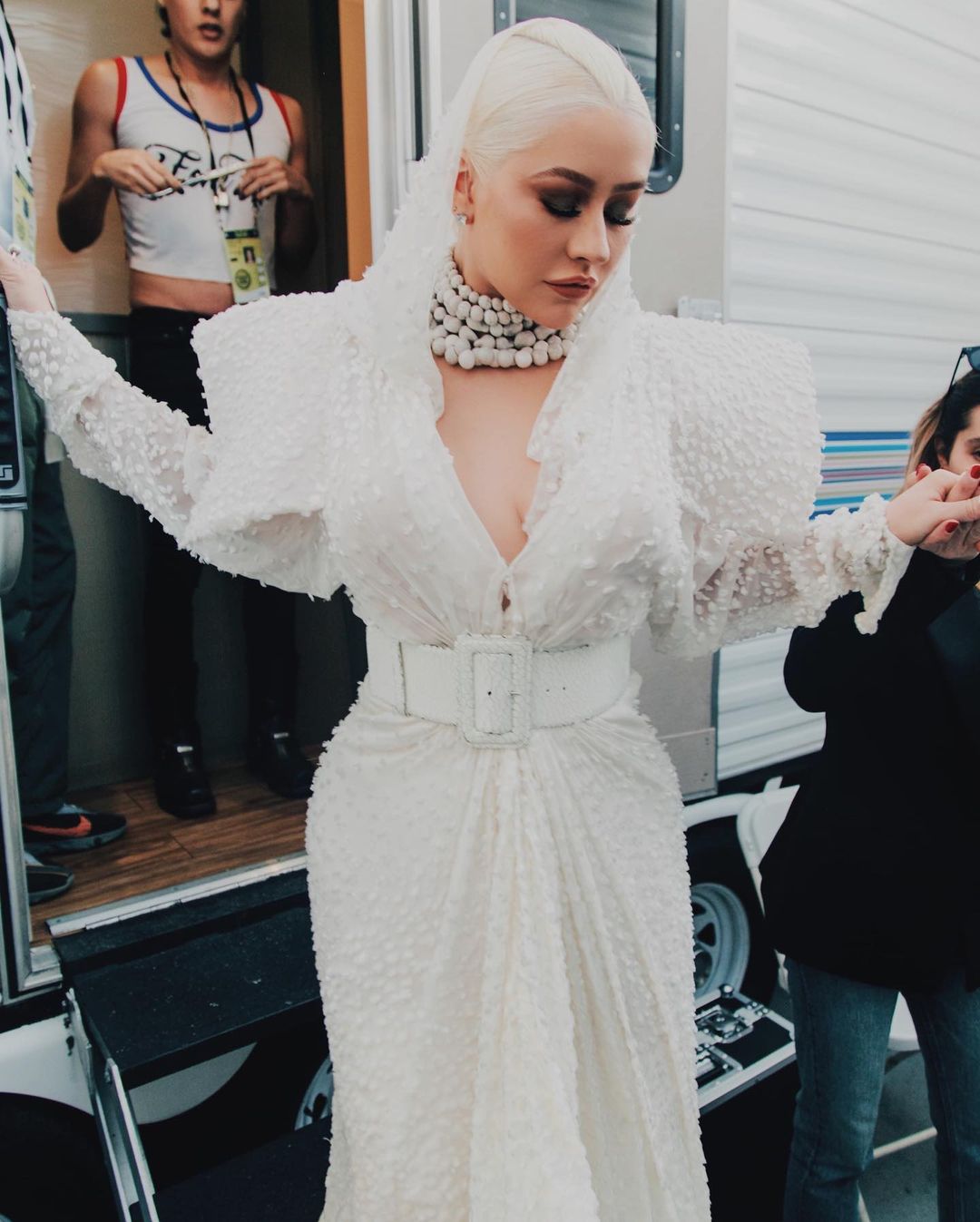 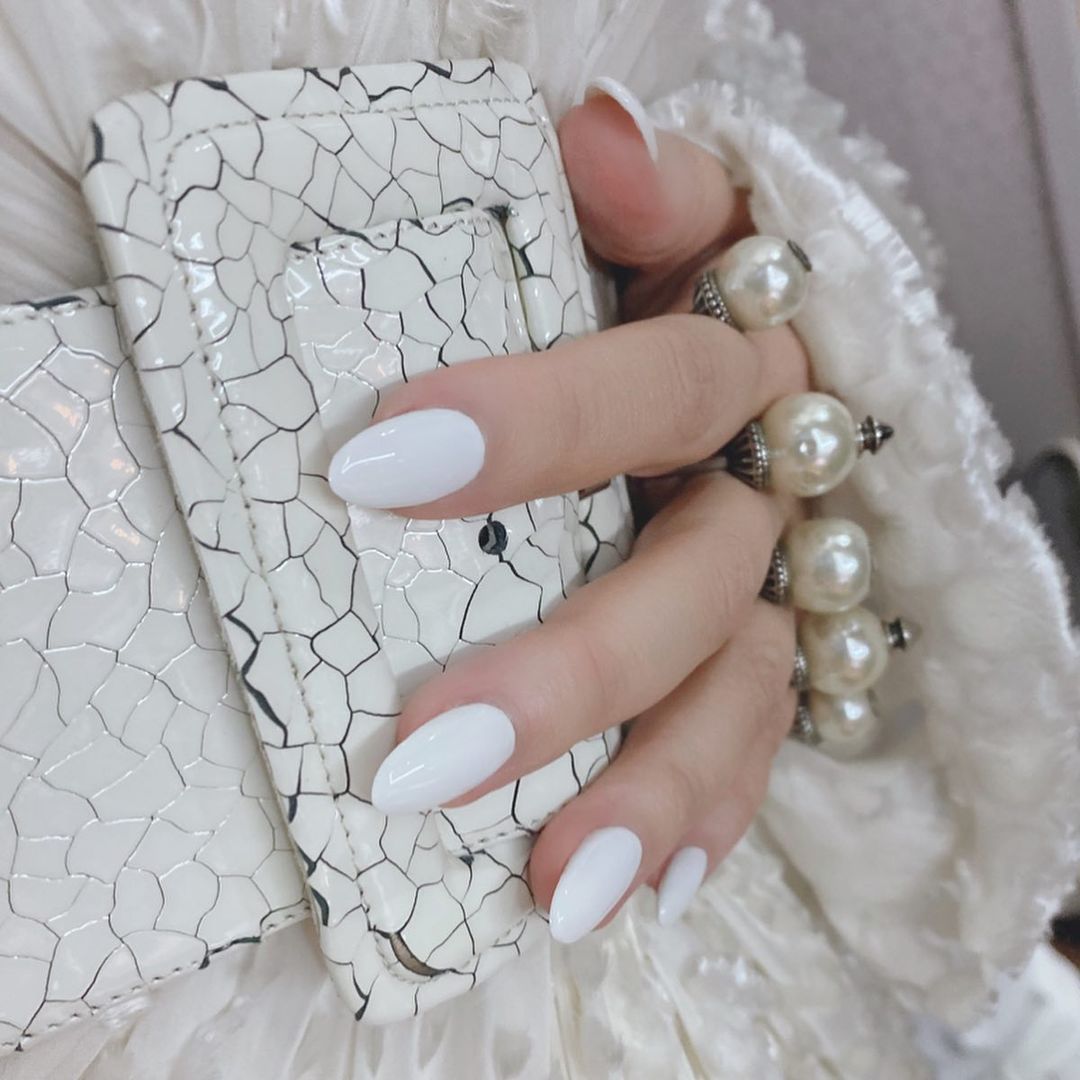 Christina Aguilera went for an angelic look for the American Music Awards held at the Microsoft Theater on November 24, 2019 in Los Angeles, California.

As she explained in different interviews during the night, she opted for that specific vibe in order to convey the spiritual energy of the song (Fall On Me) that she was about to perform during the night with the music duo A Great Big World.

She accessorized her ensemble with Simon Harrison Lauren stud earrings and Gucci metal multi-finger rings in antiqued silver-tone, with faux-pearls featuring a logo plaque, stud detail, and printed graphics at face–obviously made in Italy.

One of the most important things to mention is her makeup, according to an Allure interview: “The last two times she’s done the AMAs, she’s been very bare. She’s been doing bare for a while. […] What she’s wearing is such a statement piece, she wanted to keep the glam simple and let the dress speak for itself. She wanted the makeup natural but our kind of natural.”

In this Instagram post he detailed the products he used, just take into account that the lips were peachy and that was thanks to a Nars lipstick from a palette Ortega loved.

Manicurist Kim Truong painted her nails with an OPI nail polish in the shade Alpine Snow to match the dress.